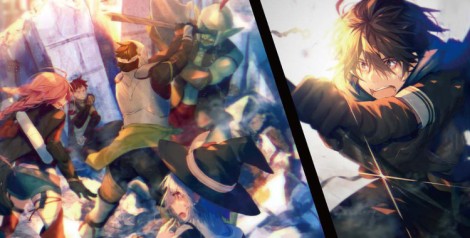 (pictured: Grimgar of Fantasy and Ash)

For the third week of July’s reading program, we will discuss the final third of Psycome (volume 1) and Grimgar of Fantasy and Ash (volume 1). This is also your chance to discuss the two books as a whole, so feel free to share any general impressions.

How do you feel about the reveal regarding Renko’s character? I felt the story made an interesting distinction between what constitutes one’s personality and one’s nature. Who would you say is the “real” Renko?

The most amusing part of this book to me was probably the way Kurumiya is “defeated” following the rooftop confrontation between Renko and Kyousuke. The unnamed character who is simply referred to as “Mohawk” made for a simple running gag over the course of the book, but here at the grand finale he manages to display a level of masochism strong enough to rival Kurumiya’s sadism… Or, maybe not. But it’s enough to frustrate her efforts against the main characters at least, and it made for a fittingly over-the-top scene of dark humor.

The dynamics of the group of main characters appears established at this point. Where do you think the series will go in general for each of them? How likely do you think the school will be able to train them to become expert killers?

In the epilogue, we briefly get the point of view of Kyousuke’s sister Ayaka. To what lengths do you imagine she will go to find her brother?

How well do you feel the story of Psycome delivered on its premise in general?

(Grimgar of Fantasy and Ash art by Eiri Shirai)

Grimgar of Fantasy and Ash

What are your thoughts on Mary’s backstory? In what ways does her experience overlap with that of the other main characters? Why do their reactions differ as significantly as they do?

Most of the third act is devoted to the characters fighting goblins. To be honest, I found it all rather repetitive and tedious, but perhaps for the right readers it could have all been interesting. How do you feel about the action in general for this book? Was there enough variation between scenes to hold your interest? How effectively do you feel the author managed to translate “video game battles” into the written novel medium?

Grimgar curiously introduced many more characters in the last third of this volume, only for them to not really do anything. Where do you imagine the series is intending to go with all of them?

And on that note, how do you feel about each of the main characters? In what ways do you think subsequent volumes may develop their relationships?

As mentioned before, feel free to discuss any point you would like to bring up about either (or both) of these two books. General impressions, predictions for how the stories will play out, some compare/contrast between the two books, or any random observations and things you’d like to analyze are all fair game. 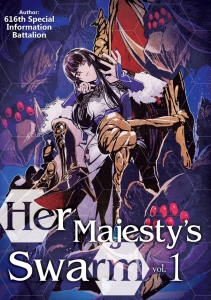 There Was No Secret Evil-Fighting Organization (srsly?!), So I Made One MYSELF! v.2 (ebook)
Amazon — iBook — J-Novel Club — Kobo — Nook

The Greatest Demon Lord is Reborn as a Typical Nobody V.2 (paperback, ebook)
Amazon — Barnes and Noble — Book Depository — Rightstuf

At Night, I Become a Monster (ebook)(print to be releases later)
Amazon — iBook — Kobo — Nook