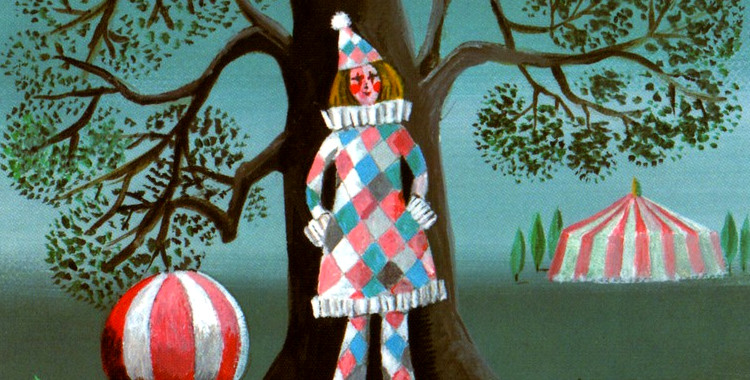 For one, the cover doesn’t exactly have the anime visuals we think of with light novels and this is one of those instances where it doesn’t have any insert illustrations whatsoever. The cover artist has decided to draw an image of a harlequin (from Oxford American Dictionary: a mute character in traditional pantomime, typically masked and dressed in a diamond-patterned costume) depicted from a scene in the titular story. A pretty daring choice of expression and fits the titular story well, which we will talk about shortly soon.

This is what caught my eye pilfering through a light novel label called Cobalt Bunko. For those who don’t know, Cobalt Bunko is basically the most famous light novel publisher for adolescent girls and they often publish covers straight out of old shoujo manga. But they are also responsible for fostering some very talented writers who would later break through the light novel market and write for more mainstream audiences. In fact, Himuro is one of them. She is also considered to be part of the so-called Best Four Writers of Cobalt (コバルト四天王) and I’d like to write about them and some more light novels for young girls at some point.

But back to Sayonara Arurukan, there are four short stories in this collection. I’m going to only talk about the first story — the titular story — because it’s the most memorable to me and it paints the atmosphere of the whole short story collection better than the other three.

It begins with a protagonist who has just started middle school and she has a chance encounter with a classmate about her age who she considers very smart and intelligent. She owes her life to the classmate for covering her when she dropped the eraser during a test and another classmate picked up the eraser before the teacher caught them in the act — they could be cheating after all. So this classmate is a pretty nice person for standing up and being in the awkward position to go against the teacher.

But because of this scene and more, the classmate has been reprimanded for being a know-it-all by other classmates and even the teacher. There is one scene where the teacher, embarrassed by not knowing a particular trivia, scolds the classmate by saying this is not how you gain friends. The teacher begins to be more condescending and says being this knowledgeable from reading books way above her reading level will turn people off. The classmate stops smiling and becomes more detached and alienated from the whole class community. It’s gotten to the point the classmate is going to move to another school and nobody but the protagonist wants to say farewell to her.

This is where the title comes in. The protagonist sees her as a class clown figure thanks to how the events have settled. Knowing the classmate will leave tomorrow, she writes a small note to her, “Farewell, harlequin.” This is not a note to put the classmate down further but a note of affection about how she knew about the classmate’s worries and problems. The protagonist does not have the courage to talk to the classmate straightaway but feels that this is subtle enough as a honest apology from an anonymous figure.

Years later, the protagonist meets her ex-classmate, this time as an artist. In fact, the ex-classmate painted a picture of a harlequin aka the cover of this book. The ex-classmate knew it was the protagonist who sent the note and thanked her because it helped her put her resolve down in becoming an artist, something she had always wanted to be for a long time. The protagonist, dragged down by numerous issues during school and life, is inspired by her independence and wants to be like her. She realizes that the ex-classmate has always been in the right while she is stuck following social norms. The classroom was wrong, the classmate was right. She regrets her past decisions and decided to move forward to be who she wants to be.

If the storytelling reminds you of something, it is probably because you have read a good deal of children’s literature. Children’s books help kids to find answers to issues they can’t bring up to their parents or anyone else. A professor I had who was a prominent writer in children’s literature suggests that the issues kids are most worried about tend to be more taboo than what parents and teachers are willing to talk about. How could you, for example, ask your parents if the status quo and the authority figures put creative and intelligent individuals down as a kid? It’s an extremely awkward position and you wouldn’t even have the vocabulary to talk about the nuances in these kinds of dilemmas. But when you read a book, it is a private discussion between you and the writer.

And that’s why books for kids are helpful. Sayonara Arurukan would later bring up the issues of narcissism and even the shock of getting a kiss, not something you would want to talk about with your parents. But it is easy to trust a book or a TV show — or fiction, in general — when it comes to dealing with issues you don’t have a grasp on, especially when you are young. Children’s media are intimate for this very reason and this particular book does extremely well with bringing up the matters young girls face everyday and help them figure their problems out.

This intimacy is however hampered by Himuro Saeko’s rather unpolished writing in this set of stories. Because of this, her stories are a bit tough to follow sometimes. She enjoys introducing many one-off characters with names, so you don’t know who is exactly an important character and who isn’t until you finish the story. Her characters also sound the same unless willfully exaggerated to comical degrees. And while I didn’t mind the melodrama too much, it was always too melodramatic and there was no sense of a relief or even an ending in a short story. It was all high shrills and no low calms. The stories are just long and dragged out rollercoasters at the very end and I actually got tired from the overall poor pacing of the book.

But I admit I’m being pretty darn tough on an influential book on many people’s childhoods. It is quite an enjoyable read if you like to read books in a historical perspective and shoujo manga in general. And as a short story collection, it is pretty alright. Two of the stories are a bit forgettable, but I don’t regret reading any of these stories.

If anything, I’m glad that these kinds of stories exist. As a young child whose parents are often away in another country, I never had anyone to ask questions with. Without books and later the internet, I don’t know how I could make sense of the world. Books help me perceive the world around me and that’s why I keep reading. Reading fascinates me.

A lot of the time, reading is a solitary activity. But if you are reading for answers, you can gain the comfort that someone has asked these questions before and searched for these answers too. It is okay to have these complicated feelings about school life and your identity as long as you tackle them like the characters in the books you read. That way, reading isn’t really a solitary activity but something more proactive with the world around you.

And books aimed at kids do that damn well. Sayonara Arurukan is no exception. 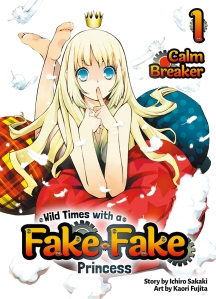 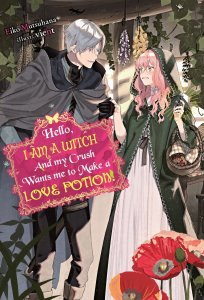 Sexiled: My Sexist Party Leader Kicked Me Out, So I Teamed Up With a Mythical Sorceress Volume 1 (paperback)(ebook released earlier)
Amazon — Barnes and Noble — Book Depository — Rightstuf

Woof Woof Story: I Told You to Turn Me into a Pampered Pooch, Not Fenrir! Volume 4 (paperback, ebook)
Amazon — Barnes and Noble — Book Depository — Rightstuf

The Genius Prince’s Guide to Raising a Nation Out of Debt (Hey, How About Treason?) Volume 3 (paperback, ebook)
Amazon — Barnes and Noble — Book Depository — Rightstuf — BAM!

That Time I Got Reincarnated as a Slime Volume 8 (paperback, ebook)
Amazon — Barnes and Noble — Book Depository — Rightstuf

My Next Life as a Villainess: All Routes Lead to Doom! Volume 6 (eBook)(print will release later)
Amazon — iBook — Kobo — Google Play — Bookwalker

Hello, I am a Witch and my Crush Wants me to Make a Love Potion! Volume 1 (ebook)
Amazon — Bookwalker