We’ve returned to 1930s New York, where criminals run the town, and everyone else just lives there. This time as we rejoin the crazy world of Baccano! we follow a mysterious drug floating around the streets, claiming to have no physical side affects.  The Runorata syndicate seems unusually involved in the happenings, and hapless junkie Roy Maddock can’t seem to get enough of it. Amongst all this we also have young Eve Genoard, searching for her missing older brother Dallas, some interesting insight to the small-time mafia family the Gandors and the scarily-capable information brokerage the Daily Days. As always, these seperate lives and events are inexplicably entwined—showing there’s no such thing as coincidences.

Baccano! 1932: Drug & the Dominos is the fourth installment of Ryohgo Narita’s historical fiction series, with a twist of the supernatural. Once again illustrated by Katsumi Enami, Publisher Yen On released the English edition in April 2017. Taylor Engel returns as translator. As a self-contained story, this novel gives readers the chance to explore many characters previously relegated to the background, as well as expand the cast once again.

One year after the events of the previous book, life in New York has seemed to continue of as normal for it’s residents, but the echoes of the events upon the Flying Pussyfoot linger still.

For one resident, Eve Genoard, it seems that everything has been in a free-fall since December 1930—the untimely deaths of her father and oldest brother shortly following the disappearance of her other brother, Dallas, and the only relative left presumed alive. We learn of the theft of her family’s inheritance—and the strange burglar duo she sees as messengers from God. Now, a year since, as de facto head of the Genoard Family, she mounts a search for the missing thug—hoping to reconnect the few exisiting remnants of her family. With the help of her loyal butler and maid, she sets off for the Daily Days newspaper and information brokerage, hoping for good news.

We’re also introduced to Begg Garott; one of the surviving members of the Advena Avis voyage, and long-time drug expert. He’s spent his life developing narcotics, hopeful in creating one able to lift users to an enlightened state of existence. Through years of self-experimentation he no longer feels the effects of any of his own concoctions, but continues in his work regardless. He has a loose loyalty to the Runorata Syndicate—a mafia family that managed to gain power in an incredibly short amount of time—and has been working within their restrictions in exchange for the ability to experiment freely. Now a case of one of his newest drugs has been stolen, and Runorata executive Gustavo has hired a hitman in order to retrieve it.

The thief is Roy Maddock. Short-sighted, impulsive and incredibly sensitive to the effects of drugs, he had managed to steal the prototype drug whilst high. Repentful and fearful for what he’s done, he tries to find a way to escape New York before the Runoratas can retaliate—and decides a kidnapping to be the best option, Unaware of the hitman on his trail, he jumps head-first in to abducting the young daughter of the Genoard house.

The issue of drugs also involves The Gandors; three brothers and a small-time mafia group, who have an unsteady understanding with the Runoratas. They have a heavy no-drugs policy, which has fueled the distaste Gustavo has for them.  A territory struggle bubbles just beneath the surface, and the powder-keg is set to blow.

And, finally, we have the mysterious hitman himself. The man with a dozen names—currently Vino—hired to clean up the Runoratas’ mess, and a long time friend to both the Gandors and Firo. His reputation precedes him, and his impact in the last book quickly made him a fan favorite. I must admit to always enjoying seeing his inclusion to the crazy events of these novels; reading about his terrifying professional work, directly juxtaposed with the goofiness of his earnest love life and day to day relationships, is immensely enjoyable.

At first glance this story seems disconnected from the first two. The plot is vastly different from the previous novels, but slowly we see where things start to connect, as all great Narita works do. In the seedy underground of New York, everyone inexplicably knows everyone else, but we also see how other characters from previous novels connect to these unfolding events too: Chez and his explosives, Vino and his work, Isaac and Miria and their ‘moral’ crimes. Certain elements from this book were included in the anime adaptation of the series, but much of the major drug-specific plot was ignored. Regardless to whether it was cut for time, or for content, it does mean that there is new stuff here for existing fans to enjoy.

I will mention that because of the themes in this book—of drug use and abuse, and POV descriptions of the highs and lows—it may not be for everyone. There is also a fairly dramatic scene of (attempted) suicide in the climax, which may be discomforting for some readers. Overall, in a series with as much violence and bloodshed as Baccano! does, it may seem trivial; but I always prefer to err on the side of caution with these reviews and mention it. Aside from these aspects, this novel is right in line with the previous, and people who have enjoyed it until now will not be disappointed.

Baccano! 1932: Drug & the Dominos is another great book in the franchise, but feels more so like a transitional story between more major arcs. This book certainly gives depth to several of the more minor characters from previous novels, and introduces some interesting dynamics and relationships between the immortals—and knowing how Narita writes, it’s ensured that everything here will be later incorporated to the larger Baccano! universe. Although a little less bombastic than the previous, this book is sure to be a must-read for fans of the series.

Gee’s Rating: Very good, with fair warning to certain upsetting scenes which may not be comfortable for all readers.

You can purchase this book online via sites like Amazon (available in hardcover or as an ebook) and Book Depository (which offers free worldwide shipping). These are affiliate links, so a small percentage of sales goes toward this site. 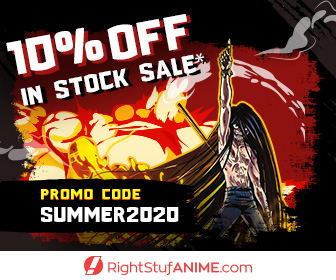 The Sorcerer King of Destruction and the Golem of the Barbarian Queen Volume 1 (eBook)(paperback releases November 24, 2020)
Amazon — Bookwalker

Didn’t I Say to Make My Abilities Average in the Next Life?! Volume 10 (eBook)(print to release later)
Amazon — Bookwalker

ROLL OVER AND DIE: I Will Fight for an Ordinary Life with My Love and Cursed Sword! Volume 1 (eBook)(print releases October 27)
Amazon — Bookwalker