Synopsis: “I don’t care if you are a man, let me court you.” Rock’s whole life is shaken when a werewolf shows up at her shop in the middle of the night…asking for more than just clothes! This is a paranormal romantic comedy about a young count (who’s actually a werewolf) passionately wooing a tailor living in the slums (who’s actually a woman disguising herself as a man to survive)! Can two people who live double lives find love and acceptance with each other? 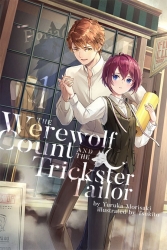 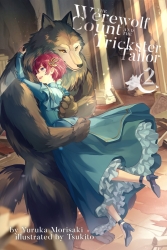 Reviews of The Werewolf Count and the Trickster Tailor

If you liked The Werewolf Count and the Trickster Tailor, you might also want to try…

8 thoughts on “The Werewolf Count and the Trickster Tailor”