A bicycle crashes into me one night, and the next thing I know, I’m a baby?!

Getting reincarnated in another world populated by humans, demi-humans, and mythical beasts is certainly not the turn I thought my life was going to take. I especially didn’t expect to be carried off by a wolf and given into the care of a one-armed former knight! Now I’m trying to repay him by rebuilding the family inn and healing his arm with alchemy. But the more time passes, the more it becomes clear to me that I’m not actually human… 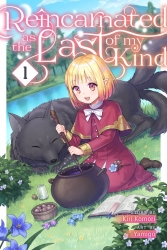 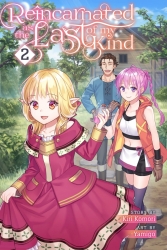 Reviews of Reincarnated as the Last of My Kind

If you liked Reincarnated as the Last of My Kind, you might also want to try…

4 thoughts on “Reincarnated as the Last of My Kind”