Note: In addition to the main series, there were additional Light Novels released under the Slayers banner:

Note: Slayers originally ended at 15 volumes in May 2000. Kanzaka then wrote new material for Dragon Magazine’s 30th Anniversary which was released as Volume 16 in October 2018 and followed by Volume 17 in October 2019.

Synopsis: Beautiful and brilliant sorcerer girls just can’t have nice things, huh? All I wanted to do was swipe a little bit of bandit treasure. Now suddenly I’m being chased around by icky trolls, nasty demons, mean mummies, and brooding golem bad boys. And for what? A tiny little artifact that can bring about the end of the world? Hah! I’ll show them there’s a reason you don’t cross Lina Inverse… 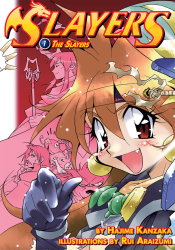 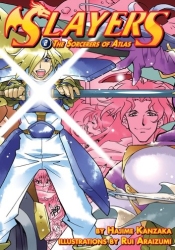 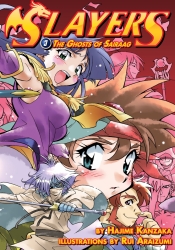 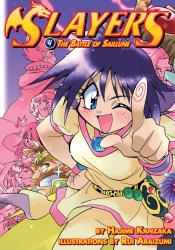 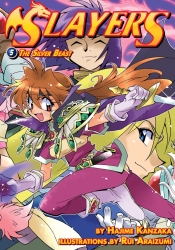 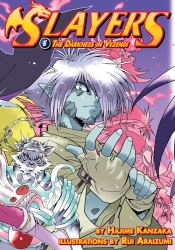 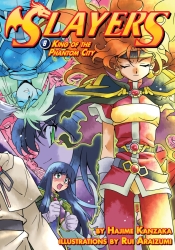 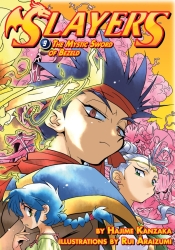 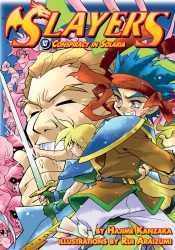 At present all Slayers manga is out of print and not currently licensed for new releases.

If you liked Slayers, you might also want to try…

Synopsis: Lina Inverse doesn’t like to brag but she’s a genius sorceress, invincible warrior and a legend in her own lunchtime. She’s a strikingly gorgeous woman who would give most supermodels a run for their money. Don’t hate her because she’s beautiful — Lina’s also in need of cold hard cash. When she stumbles upon some loot stashed away by a group of bandits, she figures they won’t mind sharing. But when the booty’s owners go ballistic (it seems she took a bit more than her share of the spoils), a secret hidden in the treasure holds the key to the ensuing hilarity in this fantasy novel that is sure to cast its spell on everyone!

Any broken links or incorrect information? Any thoughts on these light novels?
Leave a comment!