For general information on this series: Missing entry

This review is for the first volume of Missing by Gakuto Coda. The English edition was released by Tokyopop in November 2007. One more volume was eventually released, but the remaining eleven novels were never localized. Note that artwork by Shin Midorikawa was included in the original Japanese edition, but not for the English release.

Missing is a novel I feel might have been released at a bad time, or perhaps simply wasn’t marketed the best way (or at all). I’ve never heard anyone mention it, let alone discuss its contents–and that may be reasonable, when light novels were not as well-known in the West at the time. And with the live-action cover, I imagine anime/manga fans simply wouldn’t have ever recognized it as something they’d want to pick up. What might have worked better, would be to use a cover similar to the original one (but perhaps designed with spookier colors), and slap on a quote from someone saying “Missing is a LOT like Ghost Hunt!”

I will let that segue into my main impression of this novel: It’s a LOT like Ghost Hunt. And that’s certainly not a bad thing, considering how much I like that series. The story of Missing involves a group of high school students in literature club who get caught up in a mystery surrounding their most unusual member: Kyoichi Utsume, a deathly serious boy who cares little for–well, pretty much everything, save for the occult. One day he randomly brings to school a small waif named Ayame, whom he solemnly dubs his girlfriend… and the next day he and Ayame go missing entirely.

Interestingly, the core of the book’s mystery is all about these two figures–Kyoichi and Ayame–but with them being absent for the vast majority of the story, we instead spend much more time following the much more normal members of the club. The main question posed regarding Ayame is whether or not she is a kami-kakushi, a spirit who kidnaps people and traps them in a horrific spiritual realm–and if so, how to go about actually bringing Utsume back.

Much of the book entails the club members discussing creepy events with each other, and then speaking with certain individuals involved with the occult… who then go to great length about various spirit-related theories. It’s actually all quite interesting (and seems very well-researched), but many readers may find the pages of exposition to feel more like long info-dumps than anything else. It makes for a slower-paced light novel, but the author (and translator) did well to create several engaging layers to a mystery filled with strong prose. I will note though that the book had a strange issue working with transitions… Pretty much every chapter or section would end quite suddenly, which I always found a little bizarre.

Overall Missing is a good read though, and one of Tokyopop’s best-written light novels. I wasn’t able to care too much for most of the characters though (the biggest difference between it and Ghost Hunt in my opinion), and the story itself was fairly underwhelming, despite some clever concepts. That said, it still offers a lot to like for mystery and horror fans, so I will recommend it most strongly for them.

4 responses to “Review: Missing — Spirited Away” 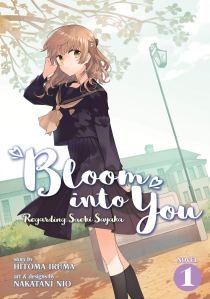 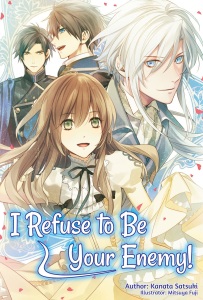 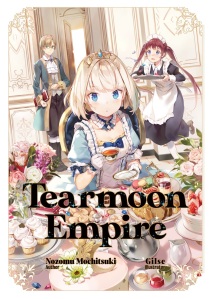 The Greatest Demon Lord is Reborn as a Typical Nobody Volume 2 (paperback, ebook)
Amazon — Barnes and Noble — Book Depository — Rightstuf

Is It Wrong to Try to Pick Up Girls in a Dungeon? On the Side: Sword Oratoria Volume 11 (paperback, ebook)
Amazon — Barnes and Noble — Book Depository — Rightstuf