Viz Media has recently announced they will be releasing English translations of the following six light novels:

For the Tokyo Ghoul novels, Days is planned to release in October, followed by Void in January 2017 and Past at a later date.

Tokyo Ghoul is a manga by Sui Ishida that released from 2011 to 2014, then received a popular anime adaptation in 2014-2015. The novels (released in Japan 2013-2014) include illustrations by Sui Ishida, but are written by Shin Towada. Each light novel is a collection of side stories focusing on various characters, filling in some of the gaps in the manga timeline. Viz Media is currently releasing the manga series.

Tokyo Ghoul Synopsis: Tokyo has become a cruel and merciless city—a place where vicious creatures called “ghouls” exist alongside humans. The citizens of this once great metropolis live in constant fear of these bloodthirsty savages and their thirst for human flesh. However, the greatest threat these ghouls pose is their dangerous ability to masquerade as humans and blend in with society. Based on the best-selling supernatural horror manga by Sui Ishida, Tokyo Ghoul follows Ken Kaneki, a shy, bookish college student, who is instantly drawn to Rize Kamishiro, an avid reader like himself. However, Rize is not exactly who she seems, and this unfortunate meeting pushes Kaneki into the dark depths of the ghouls’ inhuman world. In a twist of fate, Kaneki is saved by the enigmatic waitress Touka Kirishima, and thus begins his new, secret life as a half-ghoul/half-human who must find a way to integrate into both societies.

Naruto is a manga by Masashi Kishimoto that released from 1999 to 2014, which also received a popular anime adaptation. The new novels Viz Media has licensed are from the Naruto Shinden spin-off series, focusing on the characters Itachi and Sasuke. These three volumes were released in Japan in 2015.

Naruto Synopsis: Before Naruto’s birth, a great demon fox had attacked the Hidden Leaf Village. A man known as the 4th Hokage sealed the demon inside the newly born Naruto, causing him to unknowingly grow up detested by his fellow villagers. Despite his lack of talent in many areas of ninjutsu, Naruto strives for only one goal: to gain the title of Hokage, the strongest ninja in his village. Desiring the respect he never received, Naruto works toward his dream with fellow friends Sasuke and Sakura and mentor Kakashi as they go through many trials and battles that come with being a ninja. 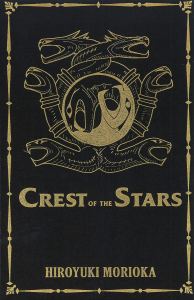 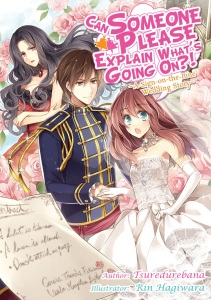 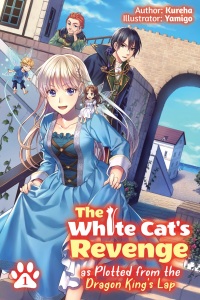 Do You Love Your Mom and Her Two-Hit Multi-Target Attacks? Volume 5 (paperback & ebook)
Amazon — Barnes and Noble — Book Depository — Rightstuf

So I’m a Spider, So What? Volume 8 (paperback & ebook)
Amazon — Barnes and Noble — Book Depository — Rightstuf