Synopsis: For ten years, Yuri has lived alone in the forest, training his muscles day and night to hone his body into the ultimate fighting machine. But when the beautiful elf Filia stumbles upon his home, she begs him to help her escape the forest. There’s just one problem: Yuri’s never left the woods, and besides, this odd couple can’t seem to agree on anything. It’s the beginning of a wacky journey through strange lands and stranger adventures! 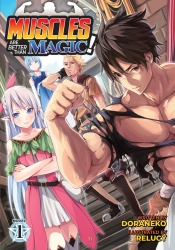 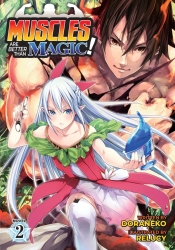 Reviews of Muscles Are Better Than Magic!

If you liked Muscles Are Better Than Magic!, you might also want to try…

2 thoughts on “Muscles Are Better Than Magic!”