Synopsis: After dying of overwork in Japan, Dahlia is reborn into a world filled with magic. Raised by a master of magical toolmaking, she develops a passion for the craft and becomes engaged to her father’s apprentice. Before her father can see her wed, however, he suddenly passes away. As if this weren’t enough, on the day before their wedding, her fiancé announces that he’s in love—but not with her! Dahlia finally realizes she needs to live for herself. She vows to be her own woman from now on and devote herself to her craft, even if it’s not quite the quiet life she was hoping for! From a chance encounter with a knight to starting her own company, there are challenges aplenty on the horizon. But this young craftswoman is no longer a shrinking violet—she’s Dahlia, and she’s ready to bloom. 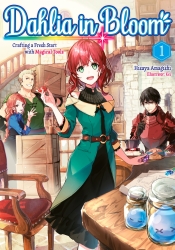 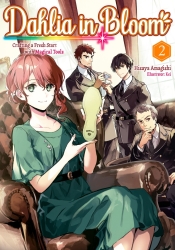 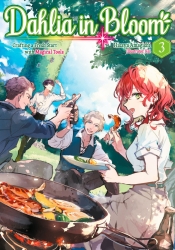 Reviews of Dahlia in Bloom: Crafting a Fresh Start With Magical Tools

If you liked Dahlia in Bloom: Crafting a Fresh Start With Magical Tools, you might also want to try…